View Latest News From Our Blog

VIEW LATEST NEWS FROM OUR BLOG 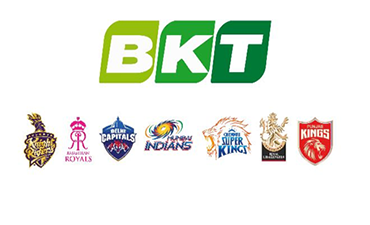 The company will be the official tire partner for Mumbai Indians, Chennai Super Kings, Delhi Capitals, Royal Challengers Bangalore, Kolkata Knight Riders, Punjab Kings and Rajasthan Royals in the forthcoming T-20 League. Last year, it had associated with six IPL franchises. It has also previously partnered with as many as eight out of twelve teams of the country’s leading Kabaddi League for its 2019 edition and has also collaborated with the Tamil Nadu Premier League. “We are elated to be a part of this huge cricketing event that is known to bind our entire nation, for yet another season, after key-collaborations with the biggest global leagues. As the league returns this year to India, we are sure that this will be a time of growing greatly together, as we all unite to celebrate one of the most popular sporting events of our times.” Rajiv Poddar, Joint Managing Director of Balkrishna Industries, said.